Our top 10 ideas for family days out in West Dorset

Charmouth is the best place to explore the Jurassic Coast, England’s first and only natural World Heritage Site. Rocks along the 95 miles of shore record 185 million years of the Earth’s history. On the beach you can pick up belemnites and ammonites but keep your eyes peeled, as bigger monsters have been found in among the pebbles. Entry to the Charmouth Heritage Coast Centre is free and it’s packed with interactive displays and fun things to do. Book in for a fossil hunting walk or rock pool ramble, led by one of the centre’s friendly and enthusiastic experts.

This pretty little town has a real busy and buzzy feel to it, especially on Saturdays and Wednesdays when market stalls line the wide pavements. It’s free to go into the museum where you can see some of the weird and wonderful things in the collection, including dolls, ancient Roman artefacts and an example of The Bridport Dagger – the hangman’s noose. Bridport was at one time the rope and net-making capital of the world. At nearby West Bay, a fishing trip is recommended on a sunny day. There’s a fun, nine-hole pitch and putt course at the local golf club and the near-vertical East Cliff is a challenge for any family. Round it off with fish and chips from one of the kiosks around the harbour, an ice-cream from the esplanade or a seafood snack from the easy-going Watch House Café

Pretend to be ancient Britons battling Roman soldiers as you work off your picnic and march along the ramparts of this ancient earthwork on the outskirts of Dorchester. The largest iron age hillfort in Europe, Maiden Castle dominates the skyline in these parts and once protected hundreds of residents. Excavations have revealed occupation began more than 6,000 years ago in neolithic times. In AD43 it was taken by the Romans and its inhabitants moved to the new town of Durnovaria, modern Dorchester. From its summit you can now see Poundbury village, Prince Charles’ pet project, with its mix of architectural styles that locals invariably love or hate. Afterwards, head off to the pretty village of Martinstown for a cup of tea and cake at Stevens Farm Shop where children can see pigs, goats, sheep and rabbits in the animal corner.

One of the loveliest stately homes in Dorset, where ancient, rolling countryside tumbles into the golden stone wall formality of the Italianate garden and Elizabethan manor house. It’s the lushest of spots and children love it too. After the more formal bits, they can whizz around the “wild” part of the garden as it descends into a hidden Dorset combe. They might even bump into the lord and lady of the manor, the Earl and Countess of Sandwich. Indian runner ducks and bantams patrol the estate while families enjoy picnics in the car park or wander around the gift shop, with its Fairtrade global products, locally-made items and plants grown in the garden. Lunches and teas are also served at the Sawmill Café.

It’s a bit of a climb to the summit of Golden Cap, at 191 metres the highest point on the south coast. But once you and the family are up there, stand back and admire the view. On a clear day you can see across Lyme Bay to Dartmoor and spectacular views east to Bridport and Chesil Beach. There are 25 miles of footpaths around the estate, which is National Trust-owned, and you can do as much or as little as you like. An all-ability circular trail takes you through the woodlands of Langdon Hill Wood. Years ago, this was a notorious haunt for smugglers and you can follow in their footsteps by downloading a new family-friendly trail.

This abandoned quarry has been turned into an amazing sculpture park, with lots of carvings hidden around it, including a fish, a Viking boat and the famous “falling man” by Antony Gormley. It’s a really atmospheric place, with lovely views out over Chesil Beach and Lyme Bay, and just great for children to explore.  Afterwards, head out to Portland Bill, the most southerly part of Dorset, to see the red and white lighthouse and watch the waves crashing around dramatic Pulpit Rock. Round off the adventure by driving along the coast to West Bexington – a road of twists and turns and glorious vistas, and enjoy afternoon tea in the garden of the Manor Hotel.

A day trip to Lyme Regis

No trip to the county is complete without a visit to the “Pearl of Dorset”. Set on a hillside, the town is impossibly pretty from the vantage point of the Cobb, the historic harbour wall which took on iconic status in The French Lieutenant’s Woman. There are echoes of St Paul’s Cathedral’s whispering gallery at one point – if you go just beyond the set of double steps where the wall starts to curve and get someone else to go a bit further along near the steps known as Granny’s Teeth, you can have a secret conversation. Streetlamps with an ammonite design reflect the town’s location on the Jurassic Coast. The town has a cinema, amusement arcade and crazy golf.

Getting back to nature at The Kingcombe Centre, near Dorchester

Nestling at the heart of a peaceful hamlet, the centre has an array of natural history, archaeology, craft and art courses throughout the year. It’s surrounded by 457 acres of Dorset Wildlife Trust’s Kingcombe Meadows Nature Reserve, a landscape untouched by modern agricultural practices. As well as offering weekly activity holidays, the centre also has activities, such as pond dipping and nature walks, for families and children. Among its charitable aims is to provide a safe space for children and young people, including those with learning difficulties, to explore and gain knowledge about the outdoor world.

Visiting the animals at Kingston Maurward gardens and animal park, near Dorchester

This well-established tourist attraction welcomes more than 30,000 visitors a year. But there is so much space, it doesn’t feel that busy. The grade II-listed gardens are set around a large Georgian English country house (now an agricultural college) and tended with help from students on horticultural courses. Children will especially love the animal park, with its pigs, alpacas, cows, ponies, sheep, ducks and hens and plenty of room to play and have a picnic. Watch out for the goats though, they might try to nibble your sandwiches. The park has recently become a member of the Rare Breeds Survival Trust and is extending its range of rare breeds and breeding programmes.

Discovering the secrets of Sherborne Castle

Built by Sir Walter Raleigh in 1594 and the stately home of the Digby family since 1617, Sherborne Castle captures 400 years of English history. There are no guided tours – you go around the castle on a “free flow” basis following from room to room in your own time, with stewards on hand to answer questions. The castle plays host to a variety of events, from country fairs to classic car rallies, throughout the year. After taking in the sumptuous old masters, suits of armour and tapestries, head for The Toy Barn and hire a pedal-powered go-kart at £5 per hour. Based on a farm, the go-karting track starts inside the barn and runs out into the farmyard. In poor weather it’s possible to have a mini-race inside the barn.

What Our Guests Say...

Just spent a long weekend here and must say thoroughly enjoyed it. Stayed in Carter's cottage, lovely and warm and cosy and spotlessly clean. Went with our daughter and one year old grandson. Perfect for families so much there to do - would love to go back in the summer months although weather was kind to us sunny but cold. Very well equipped all you could possibly want with good local pubs.

Loved our holiday. Lots to keep our little one entertained, tennis, games room, trampoline, rowing boats, fishing, playing in the meadow, the ducks and woodland walks. Cottage lovely clean and had everything we needed. We went to Burton Bradstock beach, monkey world, dinosaur & teddy bear museums in Dorchester, Lulworth Cove, Abbotsbury children's farm. Fantastic time and back for more hopefully next year.

Great location to explore West Dorset - We had a really lovely stay at Rudge Farm. As our first visit to West Dorset it was an ideal location to explore the coastline. The kids really enjoyed the activities on site too including the boating on the lake, the games room and tennis court. The local farm shop was fab and did lovely fresh bread, yummy cheese, and veg. Thanks for a great holiday and we would definitely recommend it to other people.

The kids absolutely loved our stay and it really was the perfect family holiday.

I organised this get away for my husbands 40th with our family and friends. What a wonderful weekend we all had! The farm is a kiddies paradise. They just loved the freedom with lots to do. This always makes a parents break away heaven. The cottages are clean and comfy - a home from home. Beaches are nice and close too. We will be back. 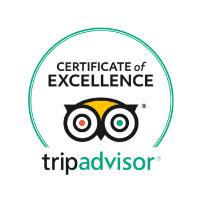 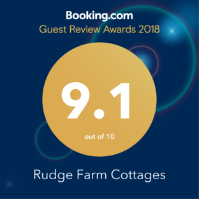